It looked like nice contesting weekend at the beginning but finally it went south because of several storms and heavy rainning. 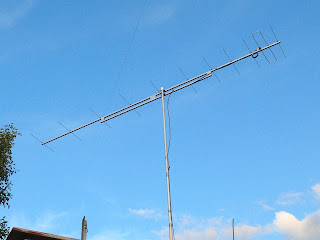 New G0KST weapon for 2m band is ready thanks to Ludek, OK1VSL. It was not enough time to tune it properly, but it worked quite well. I can say this antenna provided significantly less noise, the band was much more quiet and the radiation pattern is more narrow compare to the preview antennas. 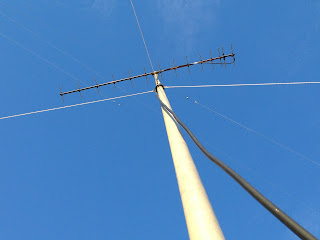 The standard 14-el. Yagi has been used for 70cm band. Nothing special but it is allowing us to make few QSOs on this band. 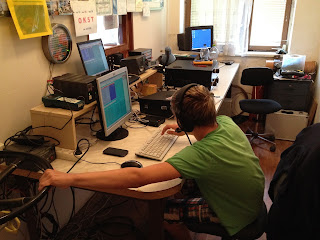 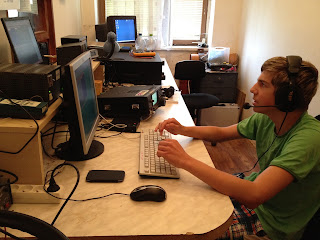 Jakub really enjoyed his operation. Specially the prior Scouts Field Day where he worked several OMs and DL stations.
He speaked well mainly about the low noise antenna performance. 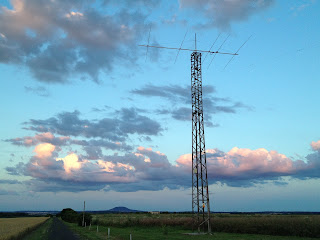 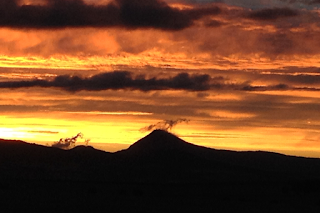 Another spectacular view with incoming cold front from the DL. 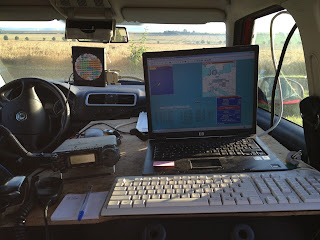 Second operating positing with 70cm band setup in the car only. It is not so comfortable, but it is easy to install and it is ok for just few QSOs on that additional band. 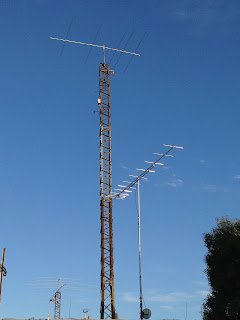 Compare to last year only single antenna has been used in the contest. On the other hand as it is new G0KST design we were really interested in the performance and overal behavior on the air.
As I said the antennas was quiet and a bit more narrow in the pattern.

We used again only 100W bare-foot setup so it was easy to compare with an old twins stacked on the tower last year.
Unfortunately the propagations were bad during the nite. I expected more stations from 9A, S5, I etc.

As I focused again for CW operation as always I spent most of the time on the band in the first 150kHz of the band. Surprisingly no QRM from alligators or other issues were noticed.

Many thanks for nice event and for all QSOs. See you next time on the air CW...

Email ThisBlogThis!Share to TwitterShare to FacebookShare to Pinterest
Labels: Contesting

What's up in space these days

Hi all,
if you are interesting in the DX conditions or bands propagations seriously then it is really important to know what's up in space in general...

GEOMAGNETIC STORM WARNING: NOAA forecasters estimate a 65% chance of geomagnetic storms on Aug 2nd when a CME is expected to strike Earth's magnetic field. A solar wind stream following close on the heels of the CME could boost storm levels to G2 (moderately strong). High latitude sky watchers should be alert for auroras.

Effective from 1st Jan 2017 please paper QSL via OM-bureau only.